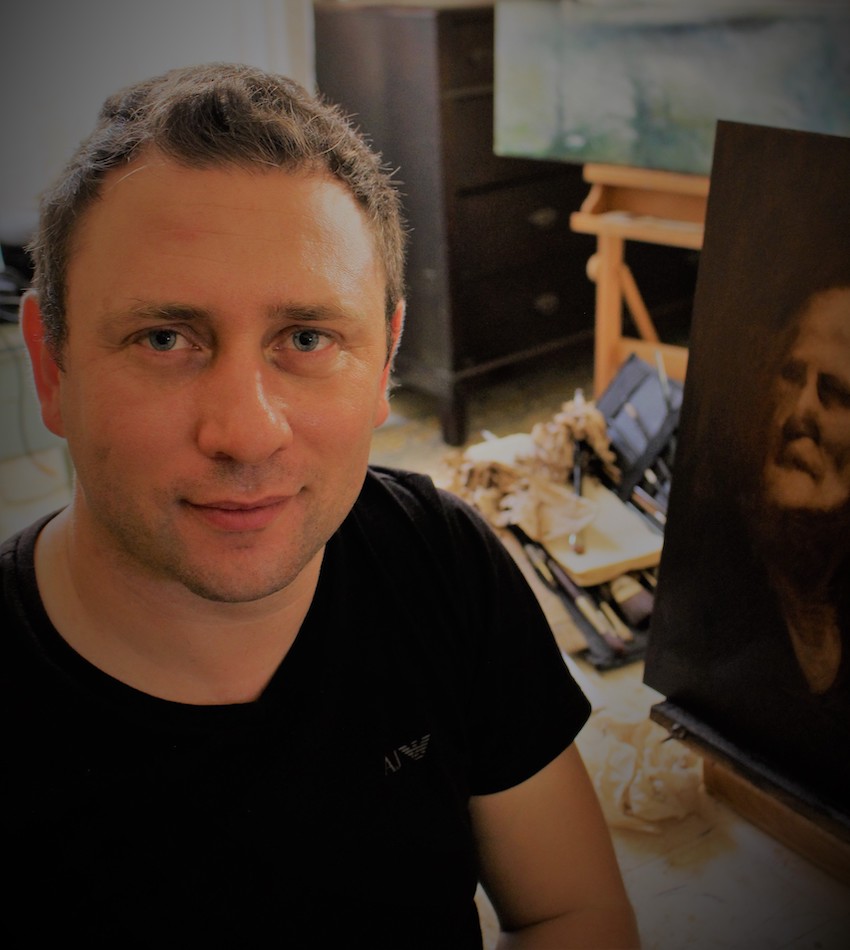 David Debono (b.1981)  is a figurative artist, living and working in Malta an archipelago in the Mediterranean Sea. He began drawing since the very young age of 4 where he was quickly noticed by his family  who encouraged him to pursue his artistic inclinations. Along the years his family would take him to visit art museums in London, Florence, Paris and New York, purchase art books through which he studied  famous paintings, especially Asian and  Spanish artists whom at that time were his favourite. Later he furthered his studies under the mentorship of world class artists such as Steve Huston, Vincent Desiderio, Bernardo Siciliano and many others. His inspiration comes from the simplicity of everyday life especially that of his homeland, which the artist turns into poetic, sometimes even symbolic pieces. His preferred media are charcoal and oil paint. He prepares the surface he will be working himself to create the desired effect for his style. Today his work has been exhibited in various galleries on home soil and also in Italy. His work is enjoyed in many local and foreign private collections.